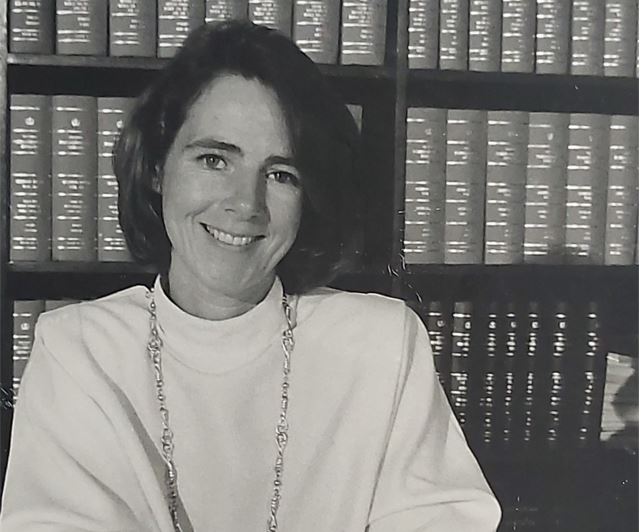 Prue Leggo OAM (Turner ’63) is the recipient of the 2021 Strathcona Medal. Prue has set a great example to our next generation with her long-standing work assisting job readiness initiatives for women and parliamentary career.

Prue has been President of Suited to Success Inc (Brisbane) and Groomed to Go Inc (as Dress for Success Mornington Peninsula), since March 2008.

In 2007, Prue founded and became President of Suited to Success Inc in Brisbane, which operated under the name Fitted for Work and then Dress for Success Brisbane. The service assists struggling unemployed women to be better prepared for work by being coached and groomed for the world of work. Starting from “scratch”, Prue managed the recruiting of volunteers, development of a strategy and business plan, and systems for the organisation,
and the raising of support and funding for the organisation, which has continued to thrive and assist hundreds of women each year into employment.

Prue became President of Groomed to Go Inc, which operates Dress for Success in Mornington Peninsula when she moved residence to Melbourne (2012). In that time, Prue has led this not-for-profit organisation through a difficult “restructuring”. This ensured that it continued its services, built new support networks, moved to more desirable premises, and developed a sound financial base.

The organisation has developed a “Career Centre” for its unemployed clients who need additional skill and personal development tools to help them be more work ready. Workshops for these women are proving to be extremely valuable.

They have also commenced a post-employment mentoring, support and Career Development program through funding from Dress for Success Worldwide.
Each year the organisation assists nearly 400 women to move to a more positive future.
After graduating from Melbourne University with her Law Degree, Prue worked as a solicitor, eventually establishing her own law firm, Prue Sibree & Co.

Prue was awarded an Order of Australia in the General Division (OAM) in 2019 for her service to women through job-readiness initiatives.