Nothing short of inspiring 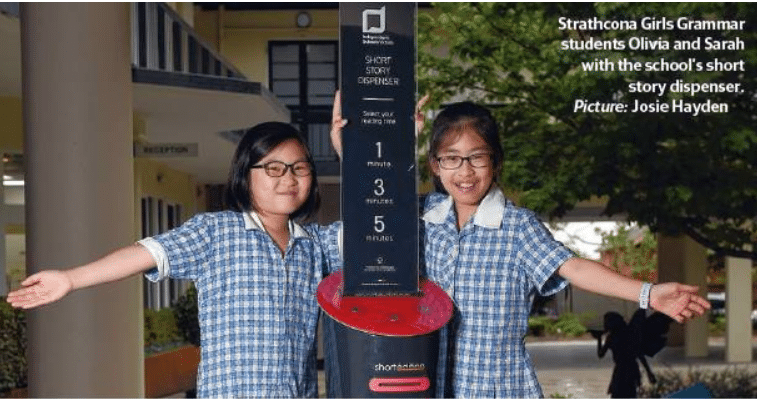 Vending machines are a common feature in many schools but Strathcona Girls Grammar has installed something slightly different — and its students are loving it.

In the media: Progress Leader front page and page 7.

Vending machines are a common feature in many schools but Strathcona Girls Grammar has installed something slightly different— and its students are loving it.

The Canterbury school’s story dispenser, on loan until the end of the year from Independent Schools Victoria, distributes short stories printed on a receipt, with students able to pick the length of the story they’d like to read.

The school’s library director, Penny Roberts, said the stories gave girls an intellectual break between classes while feeding their imagination, and some students were thrilled to have contributed their own stories to the machine for other story machine users around the world to read.

“All reading is a positive thing, it has benefits emotionally, socially and academically.” The machine is free to use and has been installed following success overseas, where Ms Roberts said it was placed at bus stops and train stations in France to ease the wait time for commuters. Stories were drawn from more than 100,000 original submissions and Ms Roberts said they were carefully vetted to ensure they were age appropriate for the students.

“I’d love to see them everywhere … it is something that has been really positively received by the students and parents and the school community” she said. 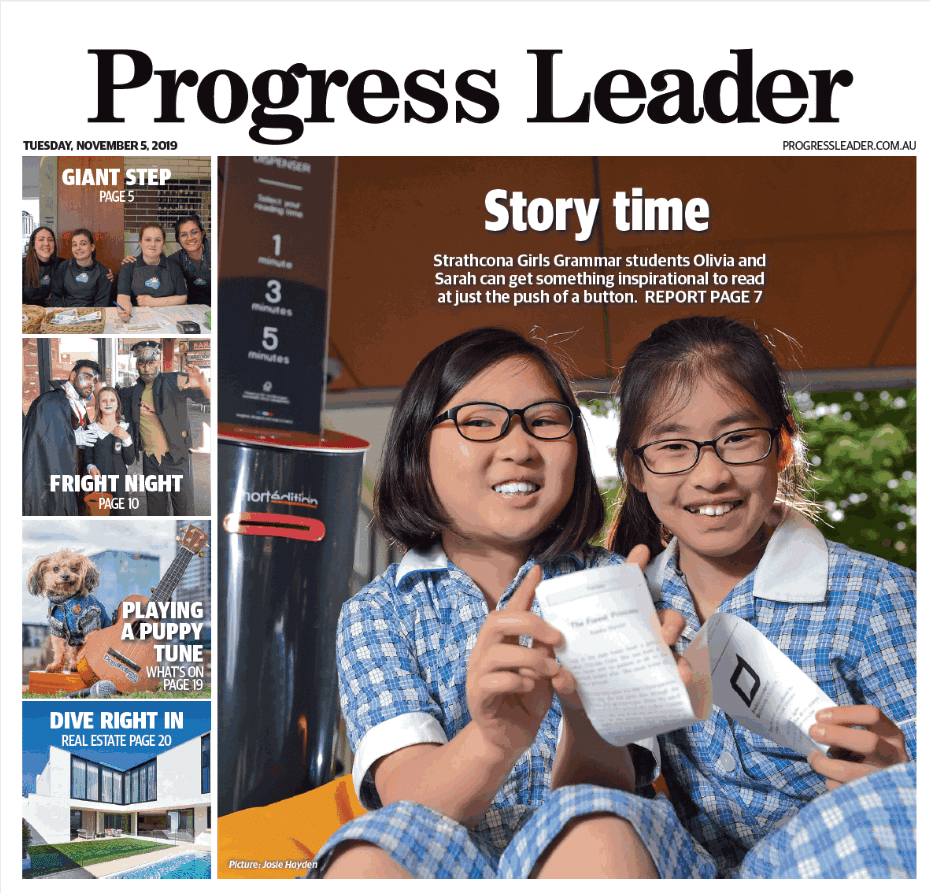