Girls outperform boys at school, yet still shy away from STEM 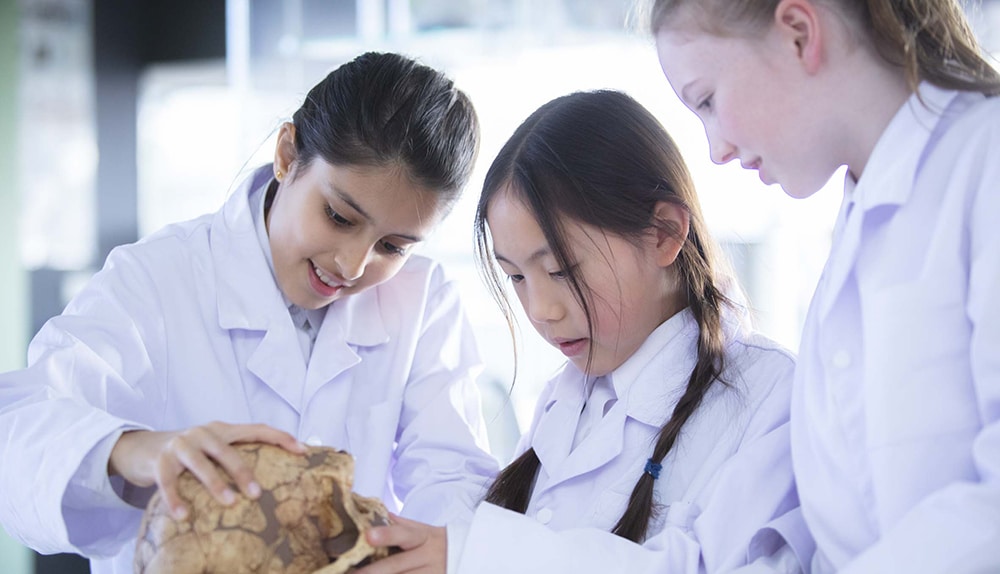 While academic results should never be considered the sole measure of a good education, they are of course an important measure of success.

So why, if girls are outperforming boys at school and taking up 58 per cent of university places, do we still see a lack of women represented in senior leadership positions, on boards, as CEOs and in STEM (science, technology, engineering, and mathematics) careers?

The research, led by Dr Terrance Fitzsimmons of The University of Queensland, was based on a survey of over 10,000 students in Years 7 to 11. It demonstrated that for girls in single-sex schools, there was absolutely no gender difference in self-confidence – an attribute that is considered vitally important for work and life success, and perhaps particularly for work-entry success.

Fitzsimmons suggests that women’s lack of confidence in the workplace is not innate. It is not present in girls educated in an all-girls environment; it is instead eroded by external factors such as sexism and gender stereotyping present in co-ed environments from schools to workplaces. He posits that more emphasis should be placed on “organisations examining themselves first, rather than starting from the position of trying to fix women”.

Backing this view, a 2016 study from Bristol University found that girls in co-educational schools have lower self-esteem than girls in single-sex schools. The study concluded that single-sex schools encourage “improved self-esteem, psychological and social wellbeing in adolescent girls.”

The neuroscience is quite clear: there’s no so-called pink brain or blue brain. Any differences in academic achievement usually come down to the learning environment and gender biases. There is widespread acknowledgement of the damage that gender bias and stereotypes can cause.

While NAPLAN results show that girls outperform boys in reading, writing, spelling and grammar and punctuation – boys do better in numeracy.

Girls are currently outnumbered four-to-one in senior physics classes and almost two-to-one in advanced maths. It is hardly surprising that women make up just 16 per cent of university STEM graduates.

Girls’ schools have an advantage when it comes to de-gendering or normalising the study of science and maths. Girls look at their peers and see that it’s normal for them to study these subjects — every student in the physics or higher-level maths class is a girl. And they see many older students and alumnae of their school go on to study and have careers in STEM fields.

A recent research study from UCLA in the US showed that graduates of single-sex girls’ schools were more likely to have higher levels of science self-confidence than graduates from co-ed schools.

The UCLA study authors found that graduates from all-girls schools were more likely to say they could explain the results of a study, understand scientific concepts, use their technical skills and rate their critical thinking ability more highly than women from co-educational schools.

The authors stated that when taking the academic engagement and science self-confidence together they saw a portrait of a young woman who is academically minded, confident in her skills and abilities and who is really set up for success as she moves into the future.

While the news is promising for girls educated in girls’ schools, it is too early to be complacent when it comes to challenging stereotypes that hold girls back. It is essential that we continue to explain to girls about the gendered nature of the world and workplace they’ll be going into – particularly girls in co-ed schools – to give them the confidence to take on those male-dominated areas, because that’s where the jobs of the future are going to be.

Marise McConaghy is the Principal of Strathcona Girls Grammar, and Vice President of the Executive Committee for the Alliance of Girls’ Schools Australasia.

PrevPreviousResults: Strathcona Girls Grammar
NextBlasting off to the US a memorable experienceNext