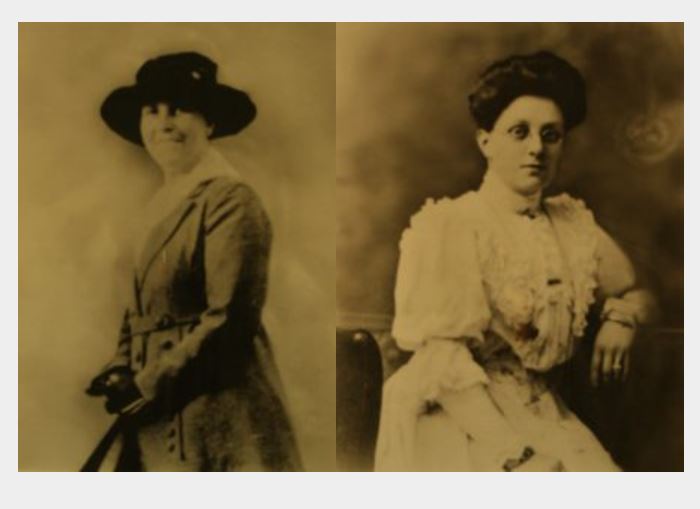 "Together we are all part of something that is greater than any one of us alone. If we commit ourselves to the broader mission and not just ourselves – this will bring out the finest qualities in us all." state Principal Mrs McConaghy in her Foundation Day speech.

On this Foundation Day on the School’s 97th birthday, let us pause and grasp the sense of the warmth and companionship of each other – all of you sitting shoulder to shoulder. This is especially poignant after most of a year apart.

Together we are all part of something that is greater than any one of us alone. If we commit ourselves to the broader mission and not just ourselves – this will bring out the finest qualities in us all. Additionally, this connectedness with each other and with the entity that is the School, assists us in our lives, makes us feel safer and gives us a sense belonging.

The annual Foundation Day Service celebrates the first days of this School and also the days, years and decades which followed.

Strathcona Girls Grammar School (as it was originally named) officially commenced on 12 February 1924. Originally, the area – bounded by Scott St, Prospect Hill Road and Claremont Crescent – was made up of 19 individual properties. Each of these properties was purchased by the school over time.

It was two women who brought their dream of this school to life. Miss Henrietta Hughes and Miss Florence Livingstone – or Henny and Liv as the girls of that time called them. For them, creating a school was no passing dalliance by the idle rich; Strathcona, named after the original house at 34 Scott Street was financed by the sale of Mrs Livingstone’s home and assisted by Miss Hughes’ modest capital and a loan from an uncle.

Both women believed in the right of women to the same kind of education offered to their male counterparts.  Mrs Livingstone herself combined her career with family – not at all usual in those times. She was a woman well ahead of her time. These two Headmistresses, so different in personality, quickly created at their school a warm, happy, stimulating environment, despite the fact that they were considered quite strict. I guess, despite principals and teachers, students create their own worlds of friendship and fun.

One memory from an old girl of Miss Hughes era was this:

‘A Strathcona girl always wore her hat and gloves in the street (They are just as much part of your uniform, girls, as your tunic and blouse, she would say). She did not shout in the street or jump around in a way that could be described as unbridled. And she certainly did not eat in the street. Giggling was out as, was talking to boys on street corners. In social situations, Strathcona girls must always ensure that everyone was well looked after. No one should be left in a corner in her own, but drawn into the general circle as far as possible’.

Strathcona was not just a Ladies’ Academy – as they were known then – the task of which was to prepare women for the marriage market. For Strathcona, the academic content was not mere form. The first Prospectus advised that while singing, dancing and physical activities would be taught, the following core subjects were also in place: French, Latin, German, English, Physiology, Botany, Physics, Chemistry, History, Geography, Algebra, Trigonometry, Geometry and Arithmetic.

Clearly, our two founding Headmistresses believed that girls were fully capable of engaging in a rigorous education. Strathcona, from the start, aimed to provide an education which would afford girls choice – home and family, or career, or both, as Mrs Livingstone had done.

Henny and Liv created Strathcona. It seems to me that the values and beliefs that they instilled in the School that grew on our Canterbury site and then to Hawthorn at Tay Creggan, and across the road to Mellor House, and our Early Learning Centre, have endured and are part of our DNA.

Strathcona was not ‘smart’ or socially superior and it seems that this down-to-earth, unpretentious, warm and personalised approach was probably its salvation in that tumultuous time. I believe it is still at the heart of the School’s success.

These two women were in fact rather bold and brave. Today we would call them entreprenneurs.  97 years later this school endures having survived through world wars, depressions, recessions, massive social and geopolitical change and now a pandemic.

There are now 97 years of the Strathy story and many thousands of people whose lives have been entwined with it.

We are  now part of that story.

In the words of Mrs Livingstone:

‘To you pupils, the School is a little world, in which work is to be done and joys and sorrows are to be experienced.

Our motto, ‘Fortiter, Fideliter and Feliciter: Bravely, Faithfully, Happily,’ is ever before you, expressing an ideal to guide you both in the School and in the world in which each of you will play your part as women.

We thank God for those who have led the School over the decades; the staff who gave so much of themselves and continue to do so; our generations of families; and – mostly, of course, now you – our wonderful Strathy students.

The warm heart of this School beats strongly on.

PrevPreviousSingle-sex schools: girls in a class of their own for optimism
NextThe ‘Leap’ Years: Ways to support your child and developmental milestonesNext