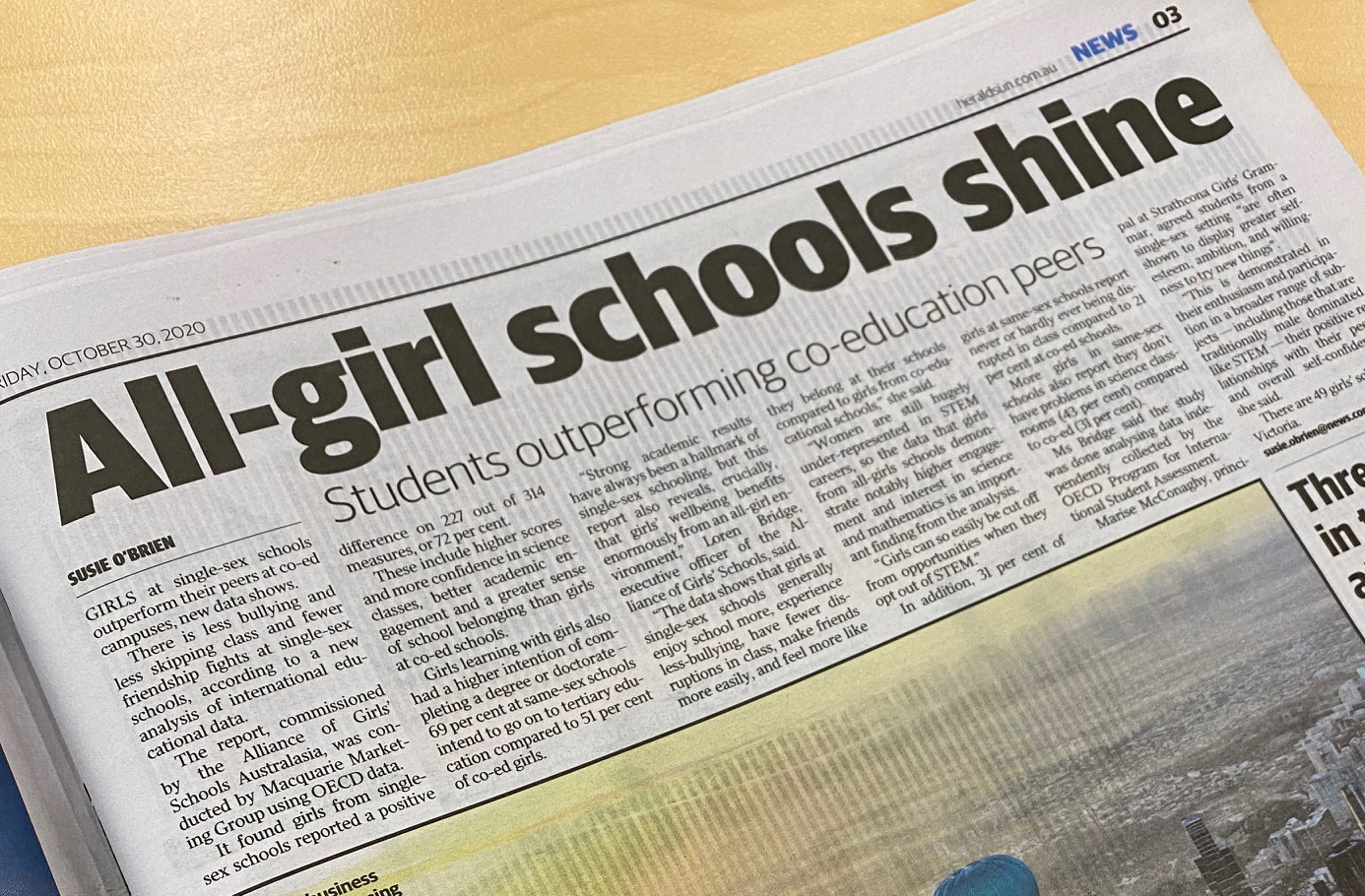 Debate has often raged about whether single-sex schools are better than co-ed schools, but now a study has lifted the lid on why — when it comes to girls — it could be the best choice.

There is less bullying and less skipping class and fewer friendship fights at single-sex schools, according to a new analysis of international educational data.

The report, commissioned by the Alliance of Girls’ Schools Australasia, was conducted by Macquarie Marketing Group using OECD data.

It found girls from single-sex schools reported a positive difference on 227 out of 314 measures, or 72 per cent.

These include higher scores and more confidence in science classes, better academic engagement and a greater sense of school belonging than girls at co-ed schools.

Girls learning with girls also a higher intention of completing a degree or doctorate – 69 per cent at same-sex schools intend to go on to tertiary education compared to 51 per cent of co-ed girls.

“Strong academic results have always been a hallmark of single-sex schooling, but this report also reveals, crucially, that girls’ wellbeing benefits enormously from an all-girl environment,” Loren Bridge, executive officer of the Alliance of Girls’ Schools, said.

“The data shows that girls at single-sex schools generally enjoy school more, experience less-bullying, have fewer disruptions in class, make friends more easily, and feel more like they belong at their schools compared to girls from coeducational schools,” she said.

“Women are still hugely under-represented in STEM careers, so the data that girls from all-girls schools demonstrate notably higher engagement and interest in science and mathematics is an important finding from the analysis. Girls can so easily be cut off from opportunities when they opt out of STEM,” Ms Bridge said.

Girls at single sex schools have more confidence in science classes than girls at co-ed schools.

“This is demonstrated in their enthusiasm and participation in a broader range of subjects – including those that are traditionally male dominated like STEM – their positive relationships with their peers, and overall self-confidence,” she said.

There are 49 girls’ schools in Victoria, including a number of government girls’ schools, such as Canterbury Girls’ Secondary College and Pascoe Vale Girls’ College.