A champion for female empowerment 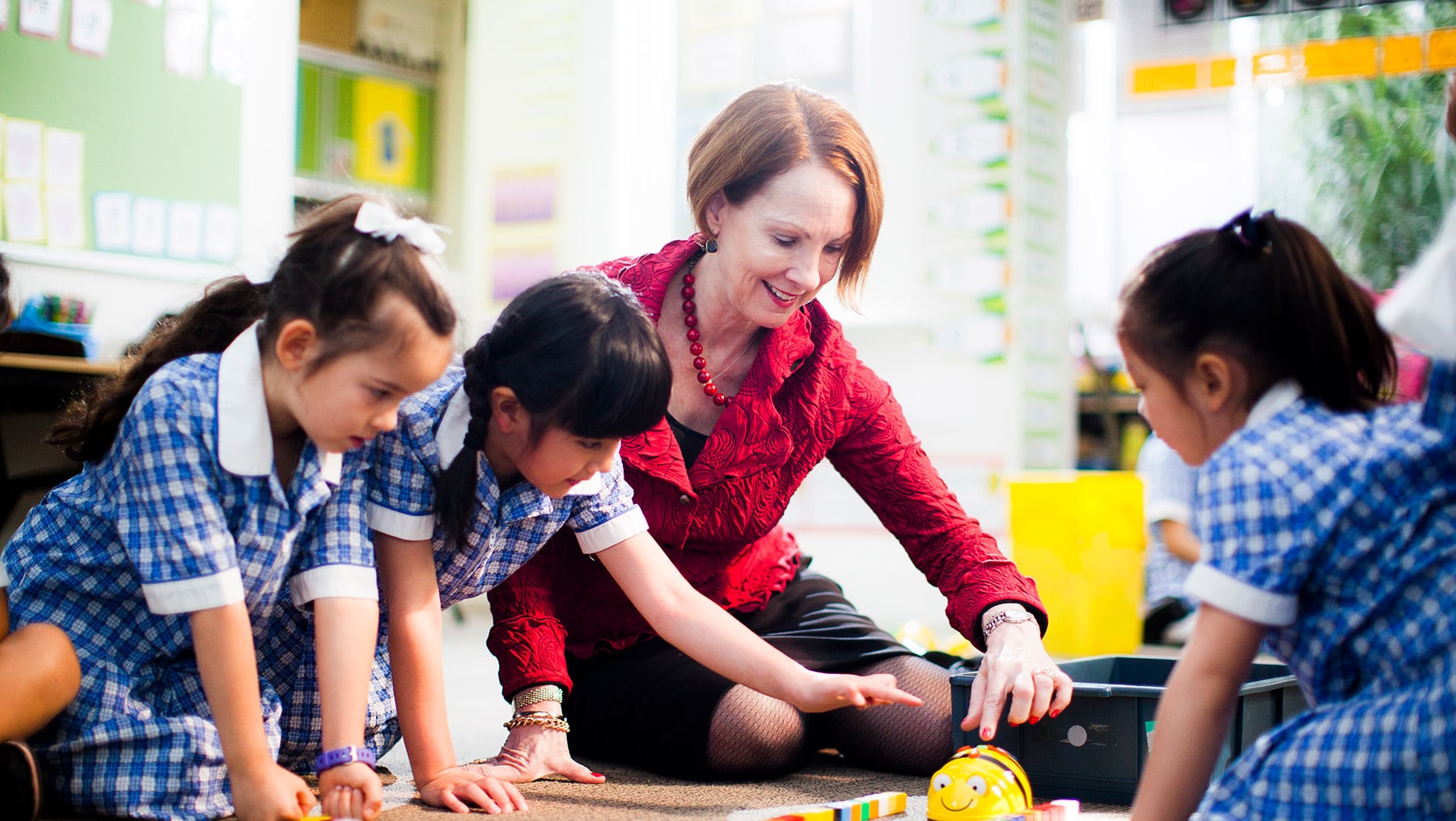 The Educator speaks to Marise McConaghy about the outlook for girls’ education in 2020, the culture she has built at her school and the continued push to help cultivate strong leadership abilities in young women across Australia.

For nearly three decades, Marise McConaghy has worked in girls’ education and continues to grow her extensive knowledge of schooling and development.

In addition to being principal of Strathcona Girls Grammar, she is also president of the Alliance of Girls Schools Australasia and serves as a Council Member for the Centre for Strategic Education (CSE). 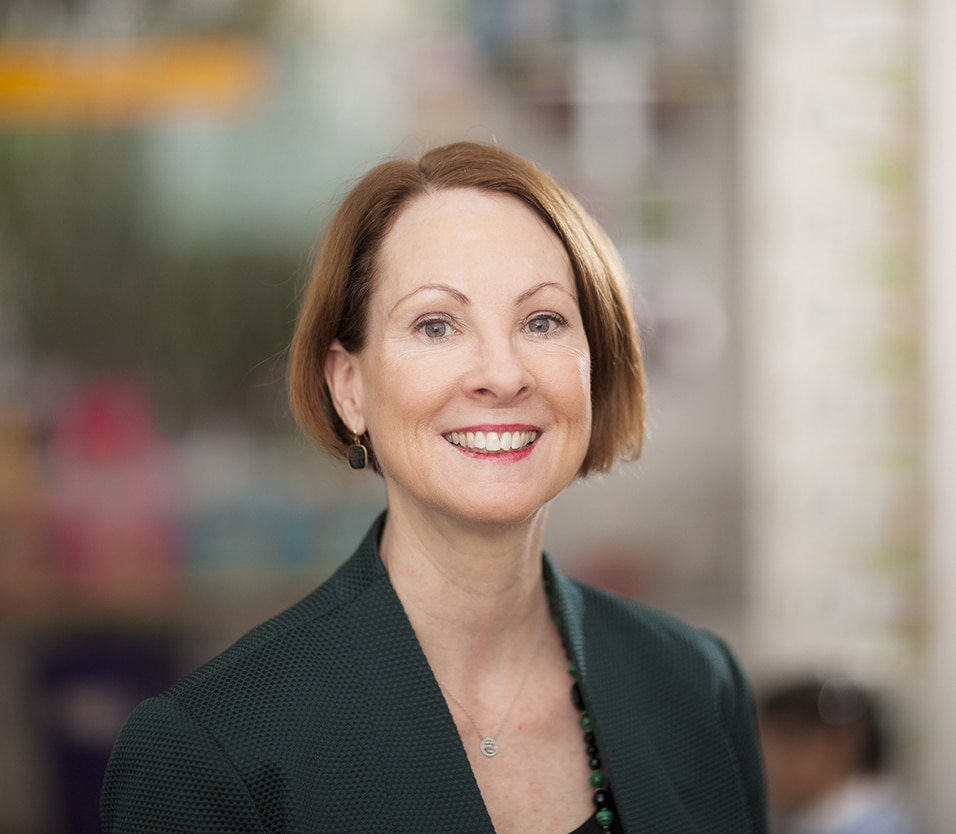 Together with her own philosophy on education, these roles illustrate McConaghy’s passion for helping young women become leaders with a highly developed sense of values, full of wisdom, integrity and strength of character, which serves to guide them well through life.

Below, The Educator speaks to McConaghy about the outlook for girls’ education in 2020, the culture she has built at her school and the continued push to help cultivate strong leadership abilities in young women across Australia.

MM: There are so many things to celebrate in the work we do that one hardly knows where to start. In all the girls’ schools I’ve encountered here in Victoria, in Queensland and in my role as President of the Alliance of Girls’ Schools Australasia, I see leaders who are strong and passionate and who also have a very clear vision of what they want for their students. A strong sense of camaraderie and sharing exists between girls’ schools, which comes from a sense that we all have the same mission – to educate the next generation of young women well. As a result, our girls grow into strong, articulate leaders in a wide array of areas. They play sport in droves, they occupy science laboratories and debating teams in large numbers and take on harder mathematics classes. Research demonstrates that they care less about body image than girls in co-ed schools, that they are more competitive and more confident.

Across all schools, however, is the concern we all have about the mental health of young people generally. Amongst girls’ and co-educational schools alike, it’s something the education community is wanting to get on the front foot of by sharing knowledge in regard to wellbeing programs.

TE: What kind of culture have you built (or built on) at Strathcona Girls Grammar and how has this shaped the school’s teaching and learning environment?

MM: Strathcona’s culture is one where connectedness and care are very much valued. This provides our students with an environment in which they feel safe enough to take risks in their learning, socialising and extending their physical skills knowing they will be well supported by highly professional, experienced staff. The School motto is ‘Bravely, Faithfully and Happily’ and we certainly shape the experiences we provide with this in mind. We work to develop girls who are courageous, optimistic and ethical. So, you would say that Strathcona is a nurturing learning community that develops intellectually curious, strong young women of character who are resourceful and agile in approaching the inevitable challenges life provides. The exceptional academic results the girls achieve is a result of truly dedicated teachers, supportive parents and the strong work ethic of the students. It is important to us culturally also, that our students understand their obligation to contribute judiciously to the world around them. This year’s School Captains described the School as ‘a place of authentic warmth and belonging’. The School has always been known for this.

TE: It is known that some of the world’s leading women were educated in all-girls environments. How are all-girls schools in Australia cultivating leadership abilities in girls in 2020? (are they doing anything differently than they did in previous years?)

MM: Girls’ schools very intentionally develop leadership skills in girls these days. Obviously, in a girls’ school, all the student leadership positions are occupied by girls and we continue to craft as many opportunities as we can for our students to step up and take the lead in ways both small and large. Mostly, we have leadership development programs in place and we very deliberately ensure that our students are exposed to a range of female leaders from all sectors because, as the saying goes, ‘You can’t be what you can’t see’. For example, our year nine Envision program at Strathcona sees students work in small groups to create businesses with the support and guidance of real-world mentors from business network, The League of Extraordinary Women. This program is a unique opportunity for the girls to develop leadership skills relevant to the 21st Century, including entrepreneurial skills, critical thinking, problem solving, collaboration and resilience.

I think girls’ schools have produced some of the world’s leading women because in the important formative years of their education, it simply does not occur to them that they can’t be or do whatever it is that they desire. This means that when they leave school, they have the disposition and confidence to equip them to challenge gender biases when it emerges. A 2018 study from the University of Queensland unequivocally found girls in single-sex schools had equal levels of confidence as boys, which led the researchers to conclude that women’s self-confidence is eroded by factors such as sexism and gender stereotyping. Whether it is stated or not, there has always been a strong theme and focus on feminism in girls’ schools and the idea that girls may be “less than” or not equal to their male counterparts is simply not something girls are exposed to in a single-sex environment. Building on this, a US study titled ‘Risk taking and competition in an all-girls’ school’ found that female students from a single-sex school are more competitive than their female counterparts in closely matched co-ed schools. It is this self-confidence that they develop in school that empowers young women to step into leadership positions and take up careers in male-dominated fields.

TE: In February last year, a study found that all-girls school graduates are more likely to leave school feeling primed for success. What do you consider to be the greatest benefits of girls’ schools as opposed to co-ed?

MM: Indeed, the study conducted by UCLA found that graduates from girls’ schools were more likely to have higher levels of self-confidence, consider themselves critical thinkers and score higher on measures of academic habits of mind than girls from co-ed schools. This is not surprising to me. Girls’ schools provide an environment where students aren’t limited by gender stereotypes, which in turn empowers them to become critical thinkers and leaders. I believe that girls in single-sex schools feel empowered to behave in a more competitive way without the presence of boys and are free to pursue academic excellence in any area they choose, including in gender atypical areas such as maths and sciences. For instance, a 2015 study by Kester Lee and Judy Anderson from the University of Sydney found that girls in single-sex schools had the most positive attitudes to maths – outpacing the enthusiasm of boys in single-sex settings or girls and boys in co-educational environments. And many researchers believe this is because single-sex environments provide a setting where female students are less restrained and therefore more confident in subjects where they would otherwise be considered a minority in a co-educational environment.

On the whole, girls’ schools provide nurturing environments specifically catering to the education of girls, leading to many social, emotional and health benefits during school years and beyond. A separate American study found that participation in single-sex programs can help in easing the social anxieties girls may experience while in middle school, which in turn sets them up for success in senior years and beyond. In the study, it was revealed that girls found the setting to be more supportive than a mixed sex classroom, which resulted in an improvement in academic achievement, focus and engagement. In fact, numerous studies show that girls in single sex schools perform better academically than their counterparts in co-ed schools, taking into account measures of selection, background, peers and other school factors.