Where learning is the heartbeat of our culture

At Strathcona, we support each individual girl to develop her own voice and identity, as well as health in body, mind and spirit.

There is a strong sense of belonging at the School, facilitated by a nurturing Pastoral Care program, Cross-age programs that create opportunities for mentoring and friendships and a House System that provides a vibrant platform for cross-age and personal development activities.

Strathcona students have a strong sense of social responsibility, and possess a genuine spirit of global citizenship.

Success in life comes not only from having the confidence to achieve academically and strive for your dreams. It comes from emotional intelligence too: facing life’s challenges with resilience, seizing opportunities with confidence, and always acting with compassion for others.

At Strathcona, girls develop the intrinsic motivation and ‘know how’ to be resourceful and resilient in a complex and dynamic world. Through action and reflection the ‘spirited self-agent’ will be optimistic and purposeful in learning, thoughtful in decision-making, modest in success and robust in adversity. 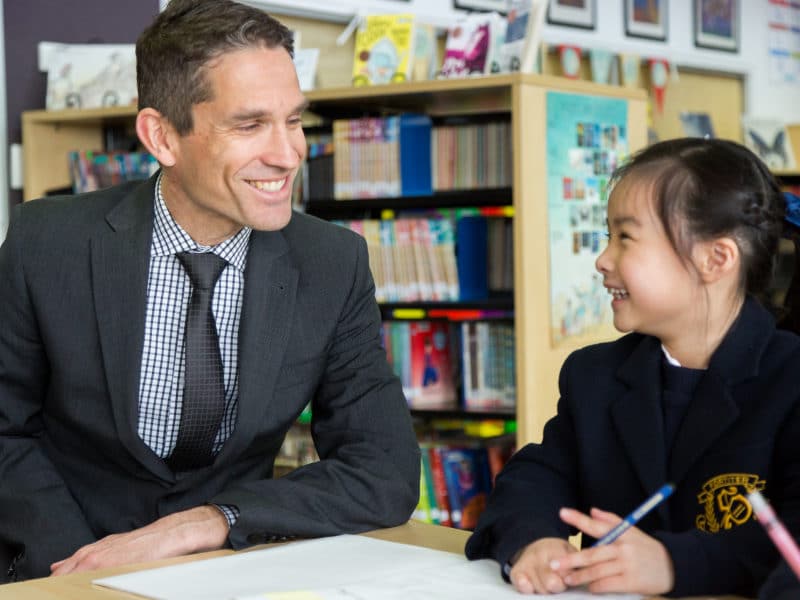 Pastoral Care at Strathcona is designed to develop a robust sense of self, and encourage girls to ‘have a go’, be a productive part of a team, and show strong leadership. Ultimately, it is about valuing and respecting each student, nurturing her confidence and giving her a strong sense of belonging. With our range of cross-age programs, Strathcona is an extension of the home environment. Girls are given exciting choices, encouraged to take on challenges and are provided with a support network to ensure that any concerns that they may have are resolved quickly. Such care gives them every chance of success both personally and academically.

Strathcona Baptist Girls Grammar School was established by its founding principals in 1924 and continues to build on a proud history as a leading independent school for girls.

Strathcona was commenced in 1924 by its founding Principals, Mrs Florence Livingstone and Miss Henrietta Hughes, with a small number of pupils, both boys and girls.

Between 1940 and 1942, the School was leased by Miss Bessie Sweetland until, in late 1942, the Baptist Union purchased Strathcona to be used as a school for girls. Finance was very difficult to obtain, so council members were obliged to do the preparatory work themselves. Concrete paths were laid during Saturday morning working bees and the re-decoration was completed in the evenings over several weeks.

In 1943 Miss Featherstone commenced as Headmistress and served the School for 10 years. Enrolments increased rapidly and, despite stringent building restrictions after World War 2, facilities were expanded providing for up to 200 girls.

Miss Menzies Smith then became Headmistress until 1957 when the Reverend John Morley was appointed Principal. Rev Morley was followed by Mr Lyall in 1973 who retired in 1989 after serving 17 years as Principal of the School.

Mrs Ruth Bunyan retired at the end of 2000 after arriving at Strathcona in 1990 from St Margaret’s School, Berwick, where she had been Deputy Principal. The Contemporary Learning Centre, opened in 2015, is dedicated in part to her.

In 2001, Strathcona appointed Mrs Helen Hughes as Principal, after a successful tenure as Deputy Principal of Pymble Ladies’ College (PLC) in New South Wales. Mrs Hughes was Principal until 2014, during which time she oversaw major building developments at all three Strathcona campuses. Strathcona’s current Principal is Mrs Marise McConaghy, who began in 2015 after being Deputy Principal of Brisbane Girls Grammar School.

Tay Creggan: a first for Year 9 girls in Australia

Strathcona purchased Tay Creggan, the Year 9 campus located in Yarra Street, Hawthorn on the banks of the Yarra River, in November 1969. Officially opened in 1970 it was the first designated campus for Year 9 girls in Australia. Over the years, substantial renovation and extension works have been carried out, including the re-roofing of the entire house, the new jetty which was officially opened in February 1997 and the total renovation and extension of the educational facilities at a cost of $1.3m completed in 1998. The atrium and commercial kitchen were completed in 2000. Installation of underground water tanks and reseeding of the oval took place in 2011, thus ensuring both sustainable water use and a well-maintained sporting area for use by all sections of the School.

Now over 100 years old, Tay Creggan is always adapting to new educational challenges, yet still retains its dignity and sense of history.

Mellor House: a new era for the Junior School

The acquisition of the Mont Calm Nursing Home site in 2001 was a catalyst for change which brought new possibilities to cater for the needs of Strathcona’s Junior School and improve facilities on the main campus for the Senior School.

Senior School: a decade of expansion

Twenty-fourteen was a year of celebration for Strathcona as the school community honoured 90 successful years at the forefront of educating young women.

At Strathcona, team spirit and competition thrives within our House System, comprising Arnold House, Grenfell House, Gilbert House and Findlay House. Girls embrace their House colours and delight in friendly rivalry at the many festivals and competitions throughout the year.

Strathcona students benefit widely from interacting with girls in other year levels. Leadership, learning, encouragement, inspiration and new friendships are just some of the benefits of regular House activities.
All students belong to a School House:

Arnold and Gilbert Houses are named after the two women who were the first Australian Baptist overseas missionaries. Findlay House is named after a former teacher at Strathcona, also a missionary. Grenfell House commemorates the life of Sir Wilfred Grenfell, a medical missionary to the coasts of Labrador, whose hospital ship was named ‘STRATHCONA’.

Throughout the year students embrace the numerous House events. These include:

Our Cross-age Programs allow older girls to spend valuable time with younger students. Our girls learn and develop through the connections they forge with each other. 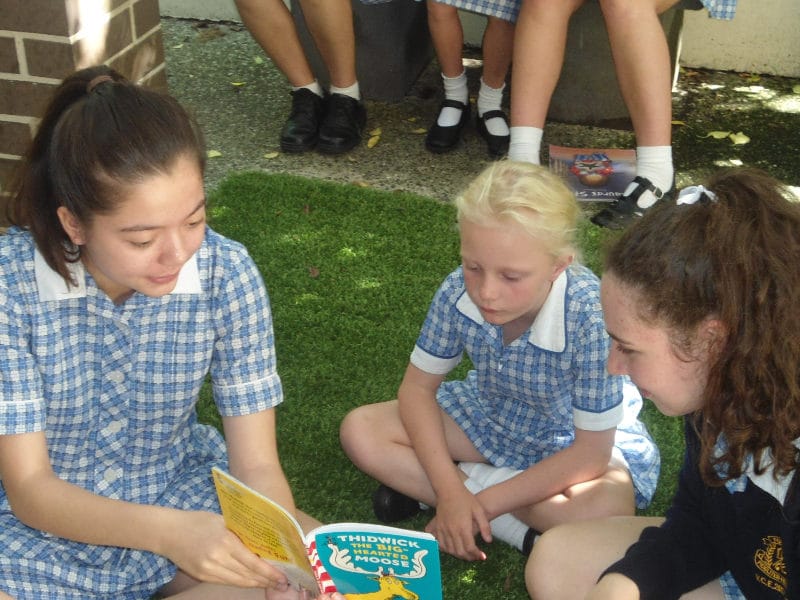 We want our girls to feel safe and valued during their school years. There are many opportunities for Strathcona students to gain this feeling through interacting with and relying on each other.

Our girls don’t just talk to each other – they help each other. By participating in programs designed to bring older and younger girls together, our students are able to gain confidence and a sense of security throughout their entire school experience. They also learn communication and personal skills that will equip them for life. The relationships which form help our girls to find their own place within the Strathcona School community.

In Junior School, we believe that the more connections you have with others at school, the more confidently you will approach your schooling. Our children develop a network of connections with older and younger students. A program of formal and informal opportunities is provided for children to work, play and get to know each other.

Our Peer Support Program has an important role to play in assisting Year 7 girls in the transition to Senior School. The emphasis here is on personal development, with Year 7 girls paired with Year 11 students from the same House.

Older students undertake specialist leadership training to maximise the benefits of the Big Sister/Little Sister and Peer Support Programs. The programs are based on the belief that students of different ages learn about themselves by working together in a caring and supportive environment.

Global awareness is critical for students today. In order to successfully navigate an increasingly globalised society, young people must be able to make positive connections, empathise and understand a range of cultural imperatives.

At Strathcona, our program of tours and exchanges encourage students to respect difference, value sustainability, think beyond the classroom and share ideas with people throughout Australia and the world. 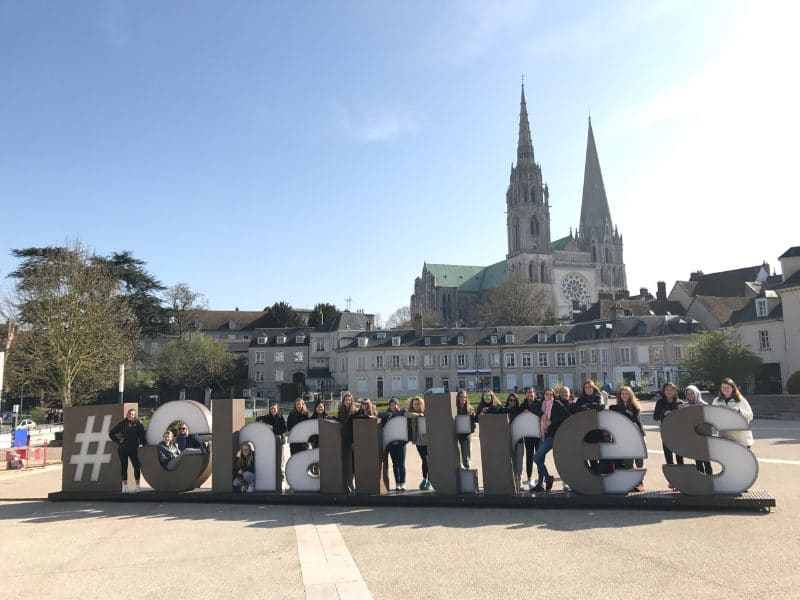