Comparative Essay on The Crucible and 12 Angry Men 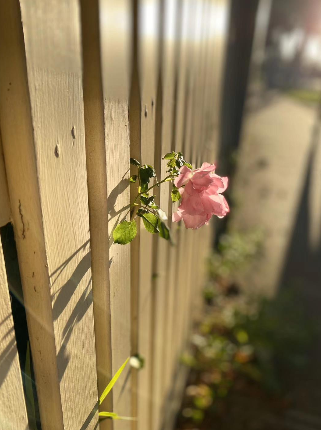 “It’s very hard to keep personal prejudice out of a thing like this.” An excerpt from Isabella Ciardulli's Year 10 English Comparitive Essay. Read on below. The artwork is by Shanny Xu, Environmental Sculpture Photography.

Arthur Miller’s The Crucible and Sidney Lumet’s 12 Angry Men were both written in the midst of America’s 1950’s Civil Rights movements and McCarthyism, however, each text is set hundreds of years apart. Whilst both texts unveil the negative effects prejudice has on fulfilling justice, what is right is occasionally valued ahead of personal prejudice. Those who are not comprised of personal prejudice tend to see justice clearly. Additionally, when individuals are put under pressure it is easier to rely on preconceived judgement than to consider the evidence. Despite that, becoming aware of these prejudices can fit for a better outcome although it may not be all beneficial. Miller and Lumet address the methods in which justice may not be obtained due to individual’s personal prejudices in
an attempt to make their audiences more aware.

Being free of personal prejudices allows people to have a clearer judgement of justice. Lumet’s protagonist, Juror 8 does not judge the boy by the place or people he grew up with but sees him as just a man, “a man [who] may die”. He does not hold any personal prejudices to the defendant and is therefore able to look at the evidence clearly and tells the other jurors that “[they] owe him a few words” before forming a reasonable doubt. Juror 8 carries the voice of reason persuades and well considered decision from the other jurors. Likewise, Millers minor character Rebecca Nurse is the voice of reason in The Crucible. Her “moral superiority” allows her to make reasonable judgements of others and not get fooled by the accusations taking over Salem. Rebecca being rid of prejudices leaves a clear view of how blind the participants in justice really are. She sees past the witch trials and acknowledges that children have “their silly seasons” proving her better judgement. Lumet and Miller both explicitly show characters with clear views on justice, although Miller’s does not participate in the legalities of justice, each text influences its audience to maintain fair morals short
of personal prejudices.

A buildup of pressure drives individual to rely on their prejudices as a crutch. In The Crucible, Miller uses the symbolism of a crucible as a technique to show that Salem is under the pressure of high temperatures, those temperatures being the accusations controlling the town. Abigail is fueling the high temperatures by pretending to see a “yellow bird” during the trials and has judge Danforth fooled by the act. Danforth relies on his prejudice and fear of the unknown by believing the accusation against Mary and that she “[has] seen the devil” without considering evidence. This dependance on prejudice is paralleled in 12 Angry Men with the bothering weather making the jurors want to form a quick decision. Personal prejudices become many jurors’ decision maker; they believe that because “slums are breeding grounds for criminals” the boy should automatically be assumed guilty. With the scorching heat building the tension, aggression rises, and the jurors become more desperate to leave, believing that the boy “got a fair trial” and so they shouldn’t bother discussing the case. Both Miller and Lumet exhibit that the pressure individuals are put under in legal matters can often compel them to depend on prejudices instead of considering the facts.

Furthermore, individuals aware of their prejudice may no longer be blind to justice whilst those who remain unaware will remain blind to justice. Lumet showcases people becoming aware of their preconceived judgement in his antagonist, Juror 10. As more jurors switch their vote to not guilty, Juror 10 becomes frustrated, claiming that “these people are dangerous” and are always guilty. The rest of the jurors notice “it’s very hard to keep personal prejudice out of a thing like this”, that preconceptions have surrounded this whole trial and discuss that “prejudice always obscures the truth”. Although this makes Juror 10 aware of his personal prejudice, it does not change it, nonetheless it does benefit justice as he removes himself from the decision. Starkly contrasting this in The Crucible is the reality that they do not recognise their prejudice. Danforth believes that witchcraft being “the Devil’s work” is the only answer to the accusations throughout the entire play, convinced that proctor has only caused “corruption”. As he is still unaware of his prejudice, he will most likely always be blind to justice. Whilst Lumet allows his characters to become aware of prejudice and therefore see justice clearly, Miller leaves the people of Salem unknowing of their personal prejudices and still blind to justice. Each of them explains the importance of acknowledging
our prejudices to be able to fulfill justice.

In closing, both Miller and Lumet utilise their complex characters to present the differentiating opinions of those determining justice. Firstly, individuals who are rid of prejudices are able to see justice more clearly. Moreover, the presence of pressure influences a dependance on preconceived beliefs. Conversely, if prejudice is recognised it can allow justice to be put before preconceptions. At their core, each text outlines how personal prejudices can disrupt justice and encourage their audiences to become more aware of the prejudices people may hold.